The Tribal Arts Show and the American Indian Art Show, two regional showcases of African, Oceanic, and Indigenous art that have taken place in San Francisco for over three decades, opened together this year as one online edition on Thursday. The fair runs until next week, with 130 exhibitors from nine countries. This iteration, like numerous others over the past year, went digital for the time as a result of the pandemic.

The art fair typically invites small and mid-size dealers—with a few high-end exceptions, like Pace and Belgian dealer Didier Claes—to offer their wares, which range from antiquities to contemporary art by Indigenous artists. Last February, just before the coronavirus pandemic brought the art world to a grinding halt, John Morris and Kim Martindale, the co-directors of both fairs, staged them together as one event. (The duo had purchased the Tribal Arts Show from its founders three years prior; Martindale, who formerly headed the LA Art Show, had produced the American Indian Art Show on his own before the merge.)

Over the summer, Morris and Martindale began to plan their 2021 edition. Though the pandemic had still limited large-scale in-person gatherings and nonessential travel at the time, they were optimistic about staging an in-person fair in February. As 2020 wound to a close, it became clear that they would also have to pivot to an online experience for their exhibitors and visitors. Typically, exhibitors from Europe and Australia are weary of traveling to San Francisco with their offerings, as well as boosting the profile of numerous dealers in this year’s edition who previously did not have an online footprint.

“It’s really brought the communities together,” Martindale said in an interview. “This show has brought that world together. Hopefully it can get the collector base seeing a lot of this material for the first time.” 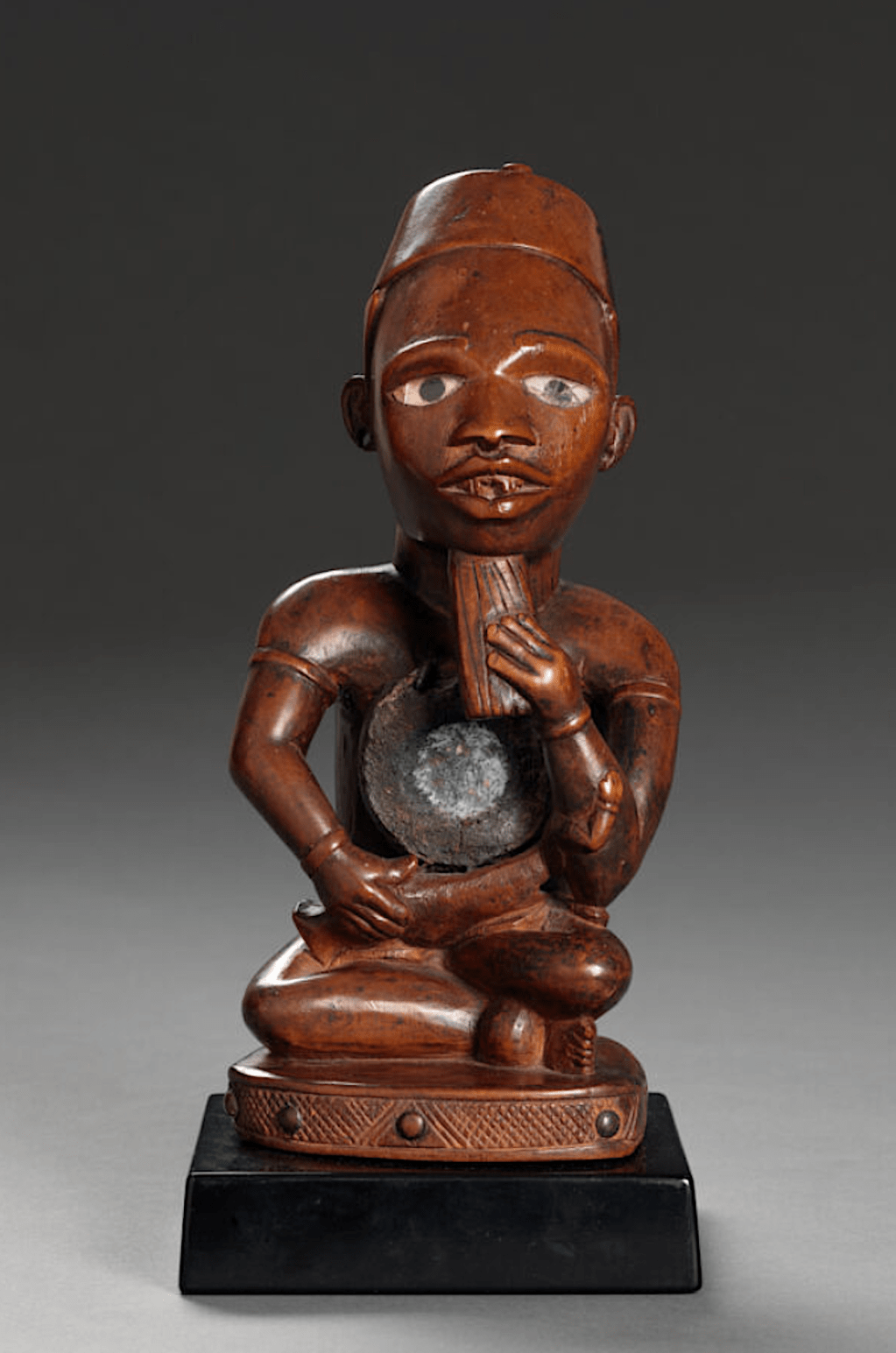 The online fair’s opening day this week was not without its technical hitches—though they were positive ones in this case. When setting up the servers for their online viewing rooms, Morris and Martindale opted for a commercial-grade one that could handle 50,000 hits an hour, but it proved not to be enough. With more traffic than expected, the servers quickly reached capacity during the online fair’s opening, taking it offline for several hours. As a result, the two fairs, which operate on separate websites, have been extended until Wednesday, March 3.

In its virtual booth, Pace African & Oceanic Art, a division of the international gallery that was established in 1971, is showcasing a group of early 20th-century African sculptures, like a seated Bakongo paternity figure priced at $90,000. Another object the gallery is offering is a Bakongo staff from the Democratic Republic of Congo, featuring a seated figure holding a medicine jar, valued at $30,000. The sculpture has been owned by a private collection since 1991, and was previously owned by late American painter and African art collector Merton Simpson.

Carlo Bella, Pace’s director of African and Oceanic art, first became involved with the Tribal Arts Fair as a buyer before becoming a dealer and has witnessed the market for this category of art change over the past several decades in which prices have grown.

Since 2010, the gallery has focused on selling works on the higher-end of the scale, in the seven figures, but the pandemic’s economic tumult forced Pace to refocus its attention to selling at lower price points as well.

“The pandemic has put a new spin to all of this,” Bella said. “It’s sort of a super democratic way to have a fair. We reconnected with a new client base.”

Claes, who operates in Belgium, last participated in the fair in 2018. Like Bella, the dealer’s return to the regional showcase marks a way to reconnect with buyers and attendees of the regional fair. For his presentation, Claes is focusing on early 20th-century Nigerian sculptures, headlined by a wooden Igala figure from a Swiss private collection that is new to the market. “Its date, its rarity and its exceptional patina,” said Claes put the $25,000 piece among the top in grouping.

Paris-based Galerie Flak is offering a Baule portrait mask from Côte d’Ivoire, dating to around the turn of the 20th century priced at $60,000. In addition to African antiques, the gallery is also offering artifacts attributed to makers in the American Southwest, Canada, Papua New Guinea, and Alaska at prices between $800–$38,000. 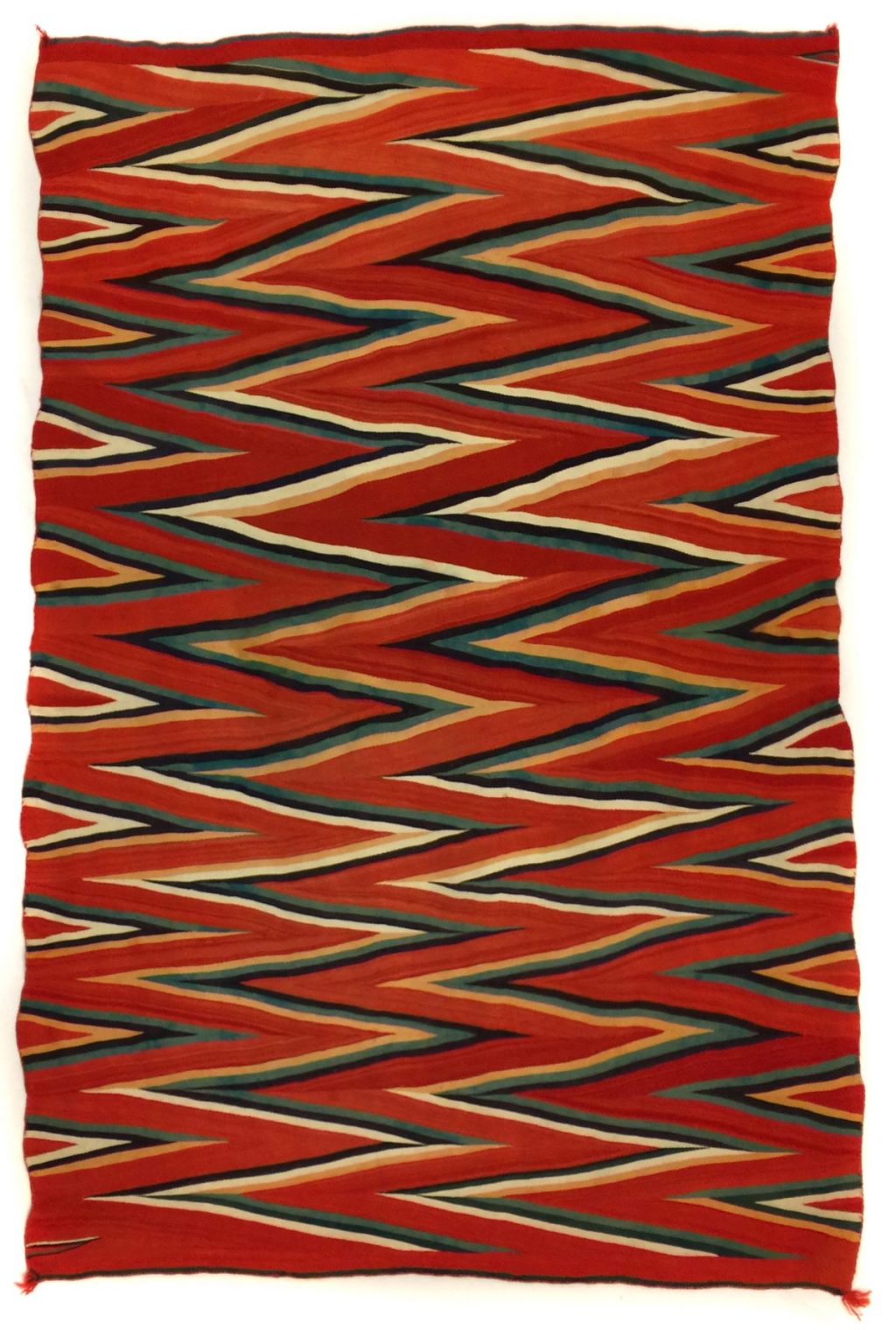 For his booth, Mark Sublette, the owner of Arizona’s Medicine Man gallery, is offering a rare early Navajo textile priced at $35,000, made between 1870 to 1900. The piece has never been sold before and comes from the family collection of Lorenzo Hubble, a 19th-century Mexican-American dealer of Navajo art who ran as successful trading post business throughout the Southwest in the 1880s–’90s. Elsewhere in the online fair, Toronto-based Australian dealers Chris Boyan and Jessica Phillips are selling a set of Papua New Guinea Phantom Shields from the 1960–70s at prices between $6,000–$8,000.

The market for the objects that the Tribal Arts Show and the American Indian Art Show offer is on the rise, Martindale said. Though prices vary widely, with few surpassing the $1 million mark, he is optimistic the fairs will give the category a broader audience.

“The hope is that that can continue on into the future, even when we do in-person shows, that we can have the virtual element to them as well,” he said. “From my perspective, great masterpieces from this material hold up to anything we consider a masterpiece.”

The 2021 online edition of the Tribal Arts Show can be accessed here and the American Indian Art Show one here.

The Best Art and Craft Tools for Alzheimer’s Patients