For much of 2020, the renowned Paris-based art fair, FIAC, planned to go forward with its in-person fair in October. However, due to a surge of Covid-19 cases in France this fall, the fair was canceled just a month before it was set to open. Now, like its other international compatriots—from Art Basel to Frieze to TEFAF—FIAC has launched its first Online Viewing Rooms, which will run through March 7.

Coming almost exactly a year since pandemic-related lockdowns went into effect in many parts of the world, this online event may seem a little late to a landscape that is now oversaturated with digital fairs. But it seems that in waiting to launch its OVRs—which feature 212 exhibitors from 28 countries—FIAC has learned from its competitors’ earlier hiccups. (A recurring complaint was that OVRs were, generally, difficult to navigate and glitchy.) Dealers widely praised FIAC’s easy-to-navigate interface and reported strong sales, beginning in the early hours of the first VIP day on Tuesday and through Friday.

“FIAC’s OVR is streamlined and intuitive and is a good antidote from those suffering from OVR OD,” Iwan Wirth, Hauser & Wirth’s president and cofounder, said in an email to ARTnews. “The ability to include dynamic video content helps to tell the story of the works and our presentation has resulted in more that $5 million of sales so far.”

Hauser & Wirth’s most expensive work on offer at fair was a recent George Condo painting, titled Two Hippies (2020), for $2.2 million, which sold on the first day. Other sales by the gallery included Charles Gaines’s 2020 mixed-media work Numbers and Faces: Multi-Racial/Ethnic Combinations Series 1: Face #16, Naoki Sutter-Shudo (Japanese/French/Swiss German) for $350,000, Louise Bourgeois’s 2009 drawing Pregnant Woman for $110,000, and an untitled 2001 work by Mark Bradford for an undisclosed price.

Hauser & Wirth also had on offer a 1971 untitled painting by Philip Guston for $1.7 million, David Hammons’s Body Print (1974) for $1.2 million, a Louise Bourgeois marble sculpture of a hand emerging from a coil for $1.5 million, and the maquette for Nicole Eisenman’s acclaimed Procession sculpture, which debuted in the 2019 Whitney Biennial, for just over $600,000.

The online edition has also strived to preserve the Parisian flair it typically offers in-person through its branding and easy navigation. For instance, visitors can explore the fair by various criteria, such as individual artworks, gallery locations, and price points, even allowing for the discovery of unfamiliar or unexpected pieces. But the OVRs’ most advanced feature is one that is new to those who have frequented virtual fairs over the past year. “Chance Encounter”—a nod to the Surrealist philosophy—allows users to click a button to see an artwork, selected at random from the entire showcase, as a highlight.

Taken together, the features mimic the serendipitous finds that are the hallmarks of art fairs. It’s a small but effective means of engagement that other fairs have lacked, FIAC’s director Jennifer Flay said by phone, adding, “We tried to make it dynamic and easy to use so that you never end up in a dead end.”

Flay continued, “We’re in very new territory. Our job as fair organizers is to create the conditions in which our galleries can meet their audience. … It’s known as a fair where you can do business at a very high level.”

Mega-gallery David Zwirner also saw early success during FIAC. The enterprise sold out its show of Luc Tuymans works within the first few hours of the online fair’s launch. Among the multimedia works sold were Orchid (Seconds IV), 2020, and Monkeys (2020-2021) for $150,000 each, and Reflection, Anonymous, and Library (all three completed in 2020) for $75,000 each. 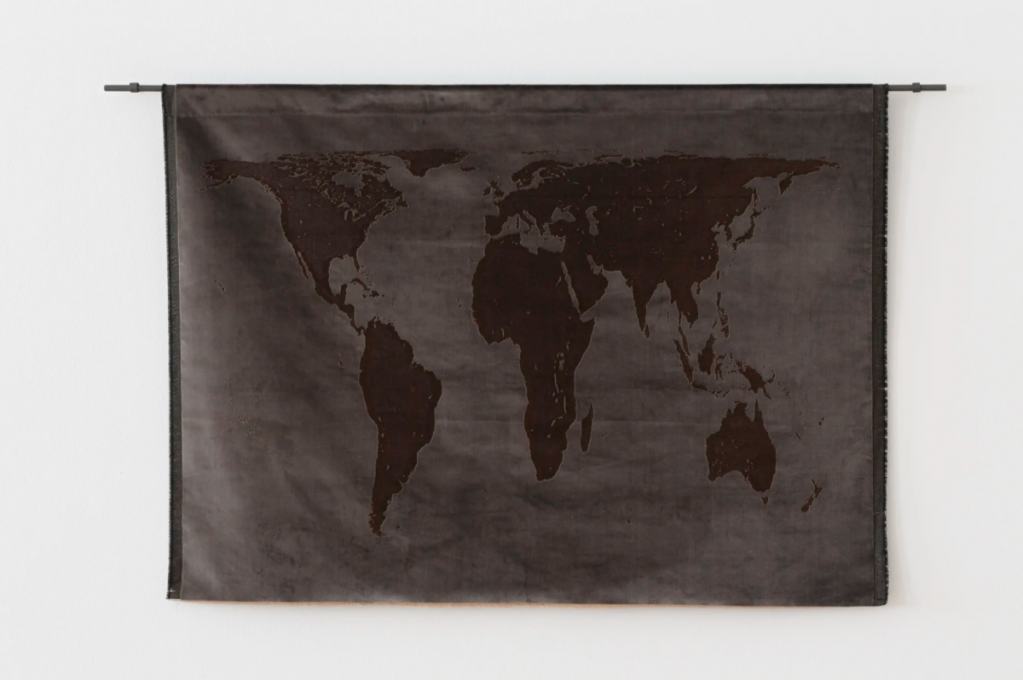 Likewise the Brussels-based outfit Xavier Hufkens, which sold out its show of 10 works by Sayre Gomez within a few hours on the VIP preview day; those works were priced between $15,000 and $40,000. Hufkens told ARTnews that the gallery is continuing to field inquiries from top international collectors for additional works shown through the fair’s end on Sunday.

For her presentation, the dealer Almine Rech, whose eponymous gallery has locations in Paris, Brussels, London, New York, and Shanghai, offered work by various artists in the gallery’s program, including Taryn Simon, Artur Lesher, Tom Wesselmann, and others. Among the works that sold were Kenny Scharf’s Torna Doon (2020) in the range of $91,500–$122,000, Tarik Kiswanson’s Conductive Bodies (2019) in the range of $30,500–$61,000, and Thu Van Tran’s Rainbow Herbicides #2 (2019) for an undisclosed price.

“Even when you take away the iconic setting of the Grand Palais, FIAC is still a crucial platform and market—as soon as the OVR was launched we had immediate response and sales,” Rech said in an email. “The fair has also done a nice job developing an online presence which I think allows it to stand out in a busy landscape—as much as possible like the physical fair.”

Blum & Poe, of Los Angeles, Tokyo, and New York, presented the work of three artists from the gallery’s program, selling March Avery’s St Tropez Backsteet (2003), Theodora Allen’s Balance, No.2 (2020), and Anna Weyant’s Falling Woman (2020) in the price range of $5,000 to $28,000. For Matt Bangser, a partner at the gallery, these sales “reflect a deep and geographically diverse marketplace.”

Berlin’s Peres Projects brought to its virtual booth a group of four emerging international artists: Nicholas Grafia, Shota Nakamura, Stanislava Kovalcikova, and Paolo Salvador, all of whom have recently joined the gallery’s roster. “For us, FIAC and the Paris art market in general, has always been one that is marked by its openness to new artist and ideas,” the gallery’s founder Javier Peres said of the gallery’s presentation. He had managed to sell several works from these artists by Friday.

Jessica Silverman Gallery, of San Francisco, had work on offer by Judy Chicago, Conrad Egyir, Matthew Angelo Harrison, Dashiell Manley, Clare Rojas, and Catherine Wagner. The gallery was able to sell four works, with three others on hold, as of Friday. The works on offer ranged in prices from $12,000 to $45,000. The Amsterdam-based GRIMM gallery sold a Matthew Day Jackson painting for $225,000, two works by Rosalind Nashashibi in the range of $17,000 to $35,000, and a triptych by Dutch artist Tjebbe Beekman for $90,000 to a U.S.-based collector.

Emerging galleries also saw demand among top international buyers. The Paris-based Galerie Loevenbruck sold a work by Michel Parmentier to a prominent Asian collection for €30,000 ($36,000); a work by Frédéric Pardo to a European collector for €65,000 ($77,000); and a piece by Philippe Mayaux for €24,000 ($29,000). Exo Exo, a Paris gallery focused on emerging artists, sold 11 works at prices in the low few hundred euros. For Flay, FIAC’s director, these sales exemplify how the democratic platform benefits small dealers.

Chicago’s Document gallery sold several photographs by L.A.-based artist Paul Mpagi Sepuya in the range of $9,000–$14,000 to European collectors who were new to the gallery. Works by the gallery’s artists were also featured in a number of VIP walk-throughs and highlighted on the website, which led to an “overwhelming amount” of serious inquiries, according to the gallery’s director Sibylle Friche, who added, “We’re ready to be back in a physical booth but we’re having a great experience during this particular OVR.”

Showing What Has Been Forgotten