At its Modern British art sale on March 1st Christie’s global president, Jussi Pylkkanen, remarked from the podium in King Street, London, how much he missed being up there, wielding his gavel, albeit just to phone and internet bids. In the previous nine months, he had only conducted four sales, two of which were shared with auctioneers in other locations, including the “ONE” sale in July which he had to share with Hong Kong, Paris and New York.

Christie’s sale series on Tuesday, was only his fifth outing in ten months, presiding alternately with his colleague Arlene Blankers, Christie head of Decorative Arts in London, over an 82-lot-mix of Impressionist, Modern, Surreal, Post-War and Contemporary art– all subsumed under Christie’s revived 20th Century art banner.

Because of the category mix and the inclusion of a $42 million Basquiat Warrior nominally being sold from Hong Kong, the estimate of £88 million to £128 million (175.8 million) (excluding the Basquiat) is perhaps conveniently difficult to compare with previous seasons. But as an indicator, last year’s part 1 Impressionist, Modern, Surrealist and Post-War and Contemporary Art sales at Christie’s London together made a total of £163 million ($224 million) for 95 lots sold. In Tuesday’s London sales, excluding the Basquiat, a total of £168 million ($230 million) was realized across 75 lots sold, offered over a £136 million ($186 million) low estimate.

It was the contemporary art that was included in this sale that gave Pylkkanen his customary high-octane start. Following the $42 million Basquiat sold in Hong Kong, the sale headed straight into the hotspot of the contemporary where women artists have enjoyed the limelight. Rising star, 27-year-old British Nigerian figurative painter Joy Labinjo, who is represented by the Tiwani gallery in London which focusses on artists from Africa and its diaspora, made a dramatic impact on the market when her first work at auction, estimated at $10,000-$15,000 sold for $189,000 at Phillips last December. Today, No Wahala (or “No worries” in Nigerian Hausa), 2019, was only her third work at auction. Estimated at £30,000-£40,000 ($41,000-$55,000), unsurprisingly it sold for more at a new record of £150,000 ($206,000) after bidding from Thailand, New York and London. 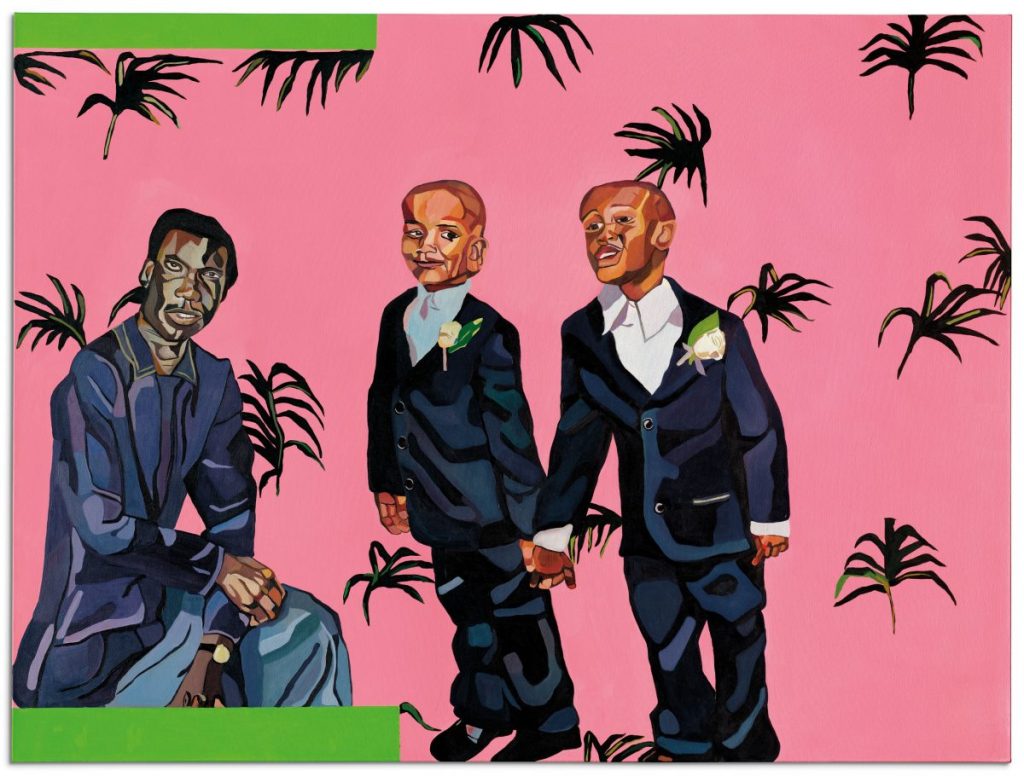 The priciest living artist in the sale, though, was British incognito street artist Banksy with a pandemic-themed painting, Game Changer. Originally given to Southampton University Hospital, the work depicts a boy playing with a toy nurse whose uniform is emblazoned with an iconic Red Cross symbol. Unusually tame in its design, it carried heavy social context and persuaded bidders, among them one from Thailand and another from the British Virgin Isles, a tax haven in the Caribbean, to let rip, selling for a record £16.8 million ($23 million)– the highest price of the day surpassing the best works by Picasso and Magritte.

As a charity sale with the proceeds going to Britain’s National Health Service, it may have attracted extra bidding, and would also qualify for some tax relief for the buyer bidding through London’s head of sales, Tessa Lord.

Strength of bidding from Asia was notable as it has been all last year for Amoako Boafo as his self-portrait zoomed to a price of £550,000 ($755,000), 5 times the estimate, selling to a Hong Kong bidder, and for Matthew Wong whose Untitled landscape was the 32nd work at auction by him since he burst on the scene last May.  Ten contenders went for it before it sold to one of the many Hong Kong bidders for £2.7 million ($3.7 million).

The London sales are traditionally strong on School of London paintings. Less so in this sale. The highest auction price since lockdown is still the $84 million Francis Bacon triptych which Sotheby’s sold last year; it may have encouraged the European owner of a late work, a rare landscape by the artist, Sand Dune (1981) to try it at auction. Bacon’s late period painting was included in a recent exhibition at the Centre Pompidou in Paris, which travelled to Houston. Even with a fairly humble £5 million ($6.9 million) estimate it sold to the guarantor on a single bid for just under the low estimate.

Other School of London painters in the sale included close friends, Frank Auerbach and Leon Kossoff. Auerbach has always been more sought after in the market, but Kossoff, who died last year, has been closing the gap. Auerbach’s Head of Debbie Ratcliffe guaranteed with a £450,000 ($618,000) estimate struggled to hit that figure selling for £562,500 ($773,000). Kossoff’s Here Comes the Diesel, Summer, formerly in the Saatchi collection had sold for £682,500 ($938,000). 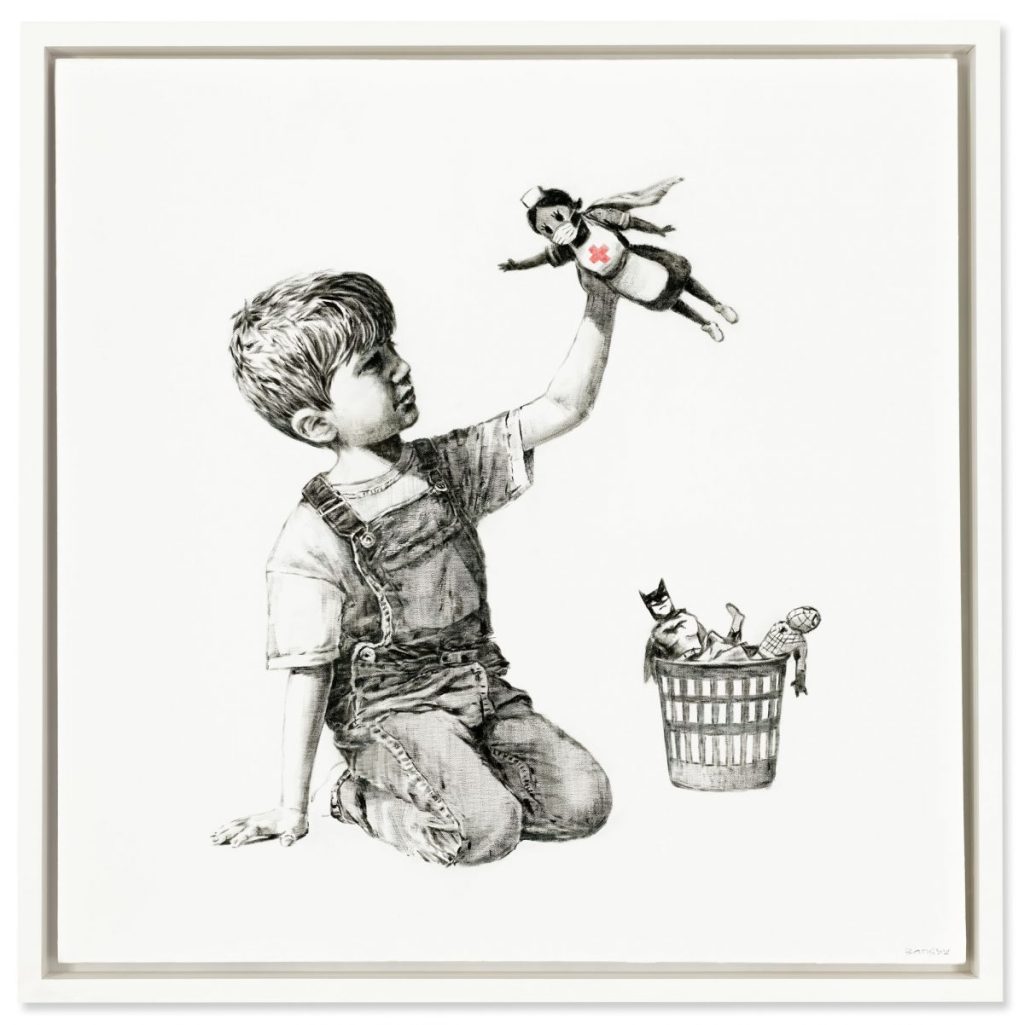 Overall, though, it was Modern art that dominated. Coming in at the top of the sale were two works by Picasso, sold under the label, “The Power of Colour: Masterpieces from an Important Private Collection,” from a Monaco-based seller. The cover lot of the catalogue was one of Picasso’s sumptuous 1932 nude paintings of his mistress, Marie Therese Walter, Femme Nue Couchee au Collier (Marie Therese) with a £9 million-£15 million estimate ($12 million-$20.6 million). The seller’s other consignment to the sale was a Picasso portrait of a later partner, Jacqueline Rocque, Femme assise dans un fauteuil noir (1962). Back at auction today with nearly the same estimates as before, the Marie-Therese portrait sold close to the top estimate after competition between a bidder from Hong Kong against a bidder represented by London’s Giovanna Bertazzoni for £14.6 million ($20 million), and the Jacqueline femme assise, for a mid-estimate £9.7 million ($ million).

Adding strength to the backbone of the modern section was a group of five works from a French collection by Dubuffet, Fautrier and Leger with an American, Calder. The long-term growth of the Dubuffet market was evident from the large 1963, Paysage du Pays de Calais, III, a work that bridges his classic Paris circus paintings with his next series known as ‘hourloupes’. Last at auction in 1982 when it sold for $99,000, it had changed hands several times since, and was estimated at £2.5 million-£3.54 million ($3.5 million-$4.9 million) and sold after competition between two European bidders for a top estimate £4.04 million ($5.5 million). 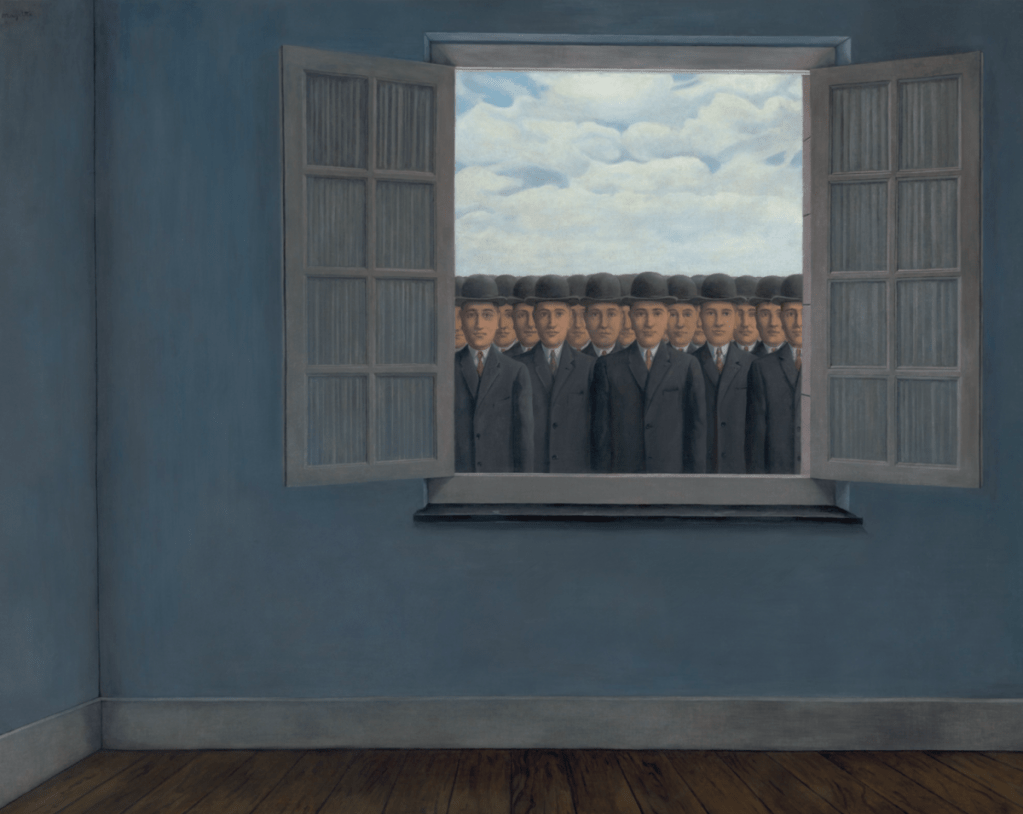 Christie’s ended the sale with a separate auction devoted to Surrealism – a fixture at the auction house under expert Olivier Camu for the last twenty years. Amazingly, in the midst of a pandemic, Camu had rustled up 26 lots with a pre-sale estimate of £42 million-£64.2 million ($57 million-$88 million)– the highest pre-sale estimate in the sale’s history. The previous historic high total was £66.6 million achieved in 2015, against an estimate of £37 million-£54 million ($50.8 million-$74 million).

The Best Pinking Shears for Giving Your Fabrics Unique Hems